In only a few short hours, election day will be here.  Its been a long and contentious political season, and many will welcome the ending of attack ads which have pervaded all forms of media for months.

During this end of the campaign season, I am grateful for my ability to vote and have my voice be heard in my country’s political system.  In the past I took this for granted. But only 100 years ago women such as myself were denied this basic right.  And still today, many women, members of religious, racial and culture minority groups and other oppressed populations are not allowed to participate in their government and have no elected representation.

There is much disappointment with politics today, and fear about the future. Indeed, our government has at times served the powerful at the expense of the masses, and fallen down on its promise to protect the vulnerable and promote prosperity for all. This breeds not only anger, but even more dangerously, it breeds apathy and disengagement. Mistakes have been made, and our country is not always where it could be in realizing the vision of a fair, just and healthy society. There is voter registration fraud.  There are misleading messages to dissuade populations from exercising their rights. There are politicians who are elected and serve special interest groups rather than their constituents. Plenty of reasons for a citizen to feel like he or she wants nothing to do with the whole process.

I hope you will look behind the disappointment and participate anyway. Tomorrow is the day you can make your voice heard, if you have not already voted.  And if you have, take a moment to appreciate those that have fought for your freedom to speak your mind at the polls and make the vision of a government for the people, by the people a reality. 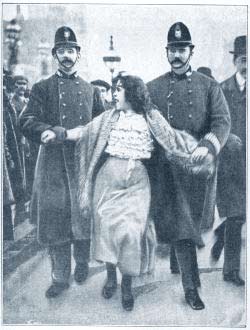