I woke up on August 29th, my mother’s birthday, feeling calm.

I meditated.  I sipped tea.  The world looked beautiful.  The sadness in these moments were trumped by a feeling of gratitude, and amazement at the world that produced such a kind and lovely soul, and I was lucky enough to call her Mom.

It was also the anniversary of my first date with my husband, and I wanted to focus on the positive on this day.

Then, I tried to buy football tickets.

See, I work for a healthcare organization that is a huge, multi-limbed animal.  Being located in a college town, this organization has an annual tailgate party before one of the games.  Think private tent, hot dogs, tshirts, etc. Its fun.  Tickets have historically sold quickly, so I think the strategy this year was to make ticket-buying as inconvenient as possible.  Or maybe it was just terrible planning.  Anyway.  Said football tickets were supposedly being sold at an administrative building some distance from my house.  I fought traffic to get there prior to the advertised 8am end-time for ticket purchasing.

I got there before 8.  It was abandoned, nobody in sight.  It either ended early or never started to begin with.  A kind secretary picked up the phone, and a disembodied voice said they would start selling again at 5:30pm.

Irritated, but convinced not to let my mood go completely south on an important day, I drove off to work.

During my lunch break, I called Grandma at her new residence, a group home for individuals with dementia and other heath care needs.  She had moved in about 5 days prior, but due to a comical series of events I hadn’t been able to speak to her until the 29th.   It was great to hear her voice, until it wasn’t.  In her demented anxiety, she was verbally abusive. She told me that I was boring, that she didn’t want to talk to me at all. Maybe mistake number 1 was reminding her it was her daughter’s birthday.  I don’t know.  It most certainly had nothing to do with me, but it was hard to let go.

I wiped away my tears and went back to seeing patients.  It becomes a little bit like acting sometimes.  You might be breaking on the inside, but you must push the emotions aside so you can smile, nod, be present to someone else’s needs and problems.

So, I finished up my work day with a forced smile and drove back to the administrative building to once again try to buy football tickets.

Locked. Dark.  No way to get inside.

I waited around in the heat for a while, hoping someone would leave through a locked door but no luck.

I slammed my hand against the gate.  Fuck Fuck Fuck. I kicked the gate too, for good measure.  But it stayed locked.

I raged against a world that was set against me from buying football tickets, that makes people too stupid to organize a tailgate, that clogs up traffic and makes you sit in your car, in the sun, going nowhere.  A world that locks doors, that looks at what you desire and doesn’t blink when she tells you “no.” The same shitty place that took my mom too soon and my grandmother too late.

I arrived home, on what was supposed to be a date night with my husband, tear-streaked and shaking.  “Don’t worry about the tickets” he said. And he took me to the one place I could go.  The ashram.  We indulged in a delicious vegetarian buffet.  Chant piped in quietly over the trickling of a fountain while parrots squawked in their cages.  The air was perfumed with incense. After my emotional outburst, I once again sipped tea and felt calm.  I circled back to where I started. I once again could see the beauty in everything.

I may plunge into dark recesses of anger and despair, but this is impermanent.  I will always return to a place of centeredness, of peace. 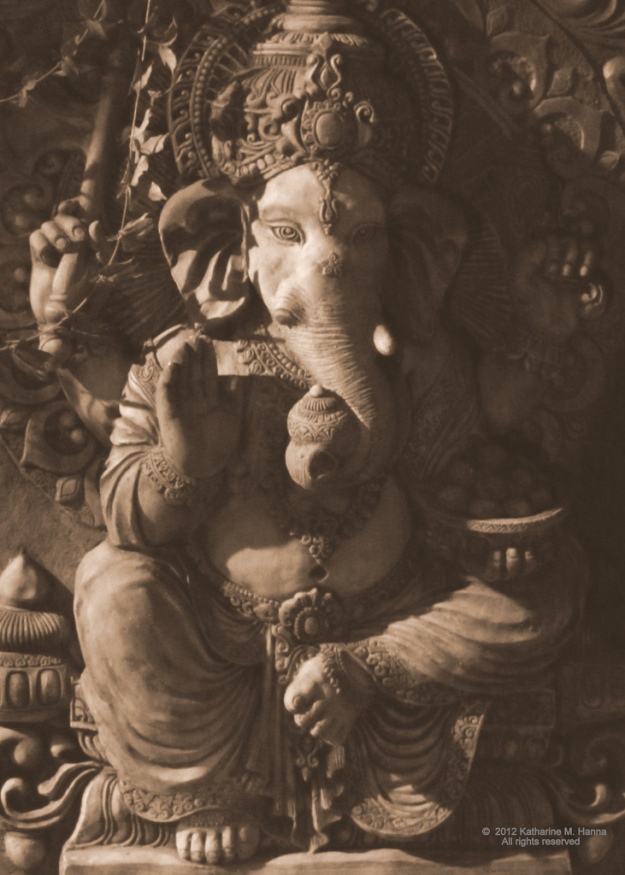 statue of Ganesh in the gardens of Govinda’s. Copyright Katharine M. Hanna.

This is my 100th post.  A landmark worth noting, don’t you think?  I started this blog 17 months ago, in the trenches of my mother’s illness.  I barely knew which end was up, but I knew that writing felt good.  So I wrote.

Things have changed a lot in 17 months, which is how long my mom survived after she was diagnosed with lymphoma. Early writings reflected the struggle to find balance during the stresses of caregiving, and the fears of a daughter who also was an oncology nurse.  Who knew too much.  Now, I write to help me navigate through grief.  To help me understand the new world that I inhabit.  The world without my mother.

I’m only now beginning to unravel just how my life is different since her death.  Its a little bit like returning home after many months away in a foreign land.  Nothing has changed: the coffee cup is where it was left in the sink, the shoes lined up just so in the closet. But somehow, everything is new, while simultaneously familiar.  Changed, yet the same.  I’m a different person having gone through my loss, and yet in some ways, I am more me than ever.

This blog has connected me with family that I lost touch with, and old friends of my mom that I have never met. Those that understand what it is to say goodbye, to walk away, to let go.  To smile through the tears.  To see beauty in everything, even heartbreak.  I thank my inspiring and faithful readers, who don’t squeeze their eyes shut when I spill my guts about my dead mother and my bottomless grief.  Who say not “get over it!” but “I understand.”  You have made a difference in my life, and thank you for walking through this with me. I don’t always respond to every thoughtful comment as I should, but know I appreciate your time, your feedback, and your willingness to read my words and take them to heart.

Tomorrow is Mom’s  birthday.  I felt two breaths away from crazy last week, but now I am calm.  Who knows what tomorrow will bring?  No matter what, I know I can write about it. 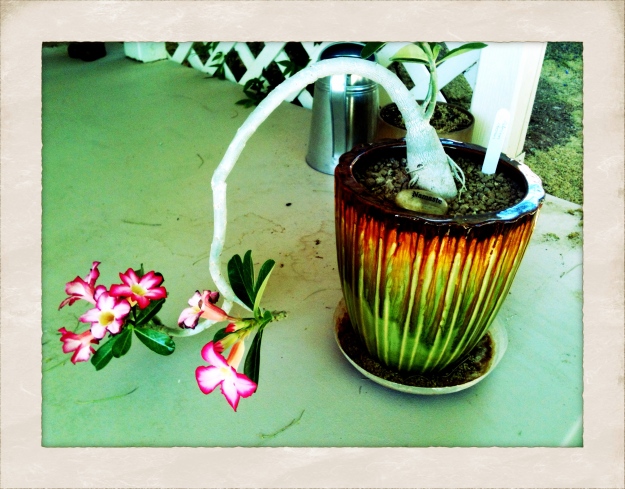 In general, the years are speeding up as I age, yet this one has felt long.  I can’t remember my birthday from last year very well, other than I spent it away from my mother who was in Houston, and was feeling the special flavor of unease you feel when separated from a sick loved-one. So very much has changed since then.

I have struggled with grief and despair this week, but this birthday seems particularly blessed.  I have been touched by unusually thoughtful gifts and expressions of love.

I have often felt awkward on my birthday- uncomfortable with the attention and the unilateral gift-giving.  This year I feel profound loss, yet an even greater gratitude for what I do have. Every card, gift, text message and embrace has been meaningful and beautiful.  I am part of a huge network of love, with lacy fingers that envelop the globe.  No, I don’t deserve it, but in life we get both less and more than we deserve. I’m 32, and way overdue to learn to accept a love that makes me shudder with its magnitude.

My friend told me “Its your butterfly birthday!” And she is right.  Grief is transformative. Our losses can bring us to the brink of madness, and at the same time blast apart our shell, open our hearts, let the light in.  Grief rolls in like a 10 armed Hindu goddess that can destroy the universe with a flick of a wrist and maniacal smile, yet if you don’t go down in the fiery blaze she’ll also take away that which limits you. 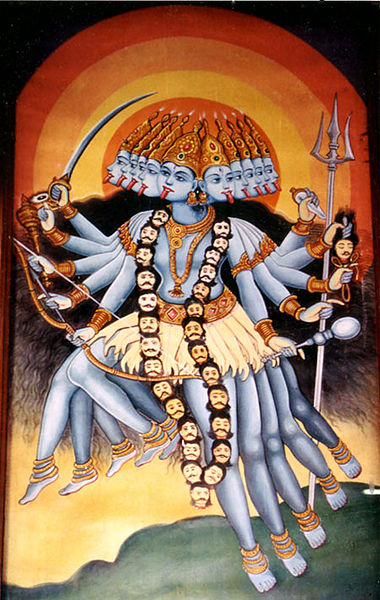 I wish we could keep our loved ones by our side forever, but the universe is built on death and destruction.  Still, flowers bloom in the ashes, babies are birthed in pain and blood, the worm is torn apart to become a winged thing of beauty.  This is the mysterious, wonderful, terrible, and awesome way of the world. 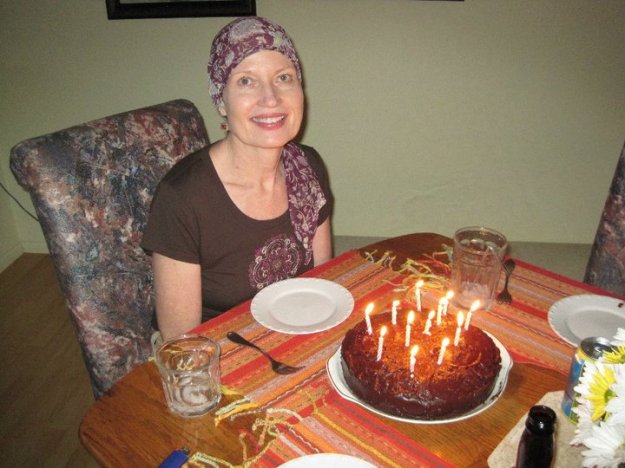 It has been 58 years since a charismatic and complicated young woman gave birth to a baby girl in Southern Minnesota. A very fashionable aunt named the baby Janelle.
In many ways, my mom’s life has been ordinary.  After graduating high school in the smallish town she was born in, she moved to “The Cities” and graduated from the University of Minnesota. She spent most of her career working for local non profits. She attended a Unitarian church with my stepfather.  She drove used cars, vacationed once a year in Mexico, voted in both primary and general elections, and loved to walk around the Minneapolis chain of lakes in her free time.  Her life has had its share of joy and heartbreak, but that’s pretty ordinary, too.
But this seemingly ordinary life has changed everything– and I’m not just saying that because this woman was the reason I came into being, although that’s a pretty good reason to be biased.
A few individuals change everything, and its obvious and measurable to the entire world, for generations beyond– the Napoleons, the Mozarts, the Buddhas.  Most of us live quieter lives, and its harder to see the difference.  Try picking out one butterfly in a flurry of a million, then discern how that one butterfly affected the air temperature, the current, the state of things. You can’t really do it.
But yet, its true: one butterfly, one human can make all the difference.

Be it raising money to causes she believed in, or making the cashier at the grocery store smile, my mom has spent her life serving others and spreading happiness. Cancer has opened up this generous soul to the boundless love from those to whom she brought so much joy.  She has been showered with blessings from coast to coast. Buddhist monks and Catholic nuns chant her name in prayer.  She has touched the lives of her immediate family, but also the lives of individuals she has never met.

This life may be a flash of gossamer wing amidst the storm.  But the multitudes of prayers, blessings, mantras, and wishes come together in a symphony which sings that this life is a miracle.  This life has made a difference.

On her 58th birthday, I feel a range of emotion: anxiety about the future, and gratitude for all the joy we have shared.

And I am filled with awe of this woman, who takes her ordinary life and lives it extraordinarily.